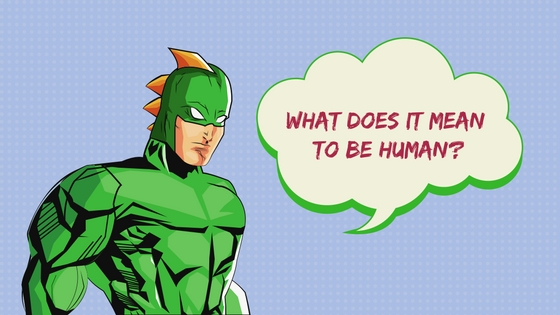 The biggest, most popular movies that are coming out at the moment are almost all about superheroes.  Every month or so we will be introduced to new versions of stories that are about special people with special powers and a special responsibility to save the world.

One of the things that these stories do is invite us to consider what it means to be human.  Is it possible to have so much power that we go ‘beyond humanity’?  Often the supervillains in these movies are those who believe that their powers give them the right to rule or dominate others.

The world of Jesus’ day was also full of superhero stories – the myths and legends of the Greek and Roman gods.  These beings were like humans with their desires and conflict, but with more power, immortality, and a freedom from the cares and moral constraints that humans have.  The Roman Emperors themselves were considered to be divine.  In the midst of this Jesus showed a different idea of what it means to be truly human, and also what the ‘divine’ really is like as well.

This Sunday we are considering what it means for Christians to ‘be like God’, and therefore to be more and more truly human.  Jesus shows us that this is not a way of power, like the journey to become a ‘superhero’, but one of love and service.